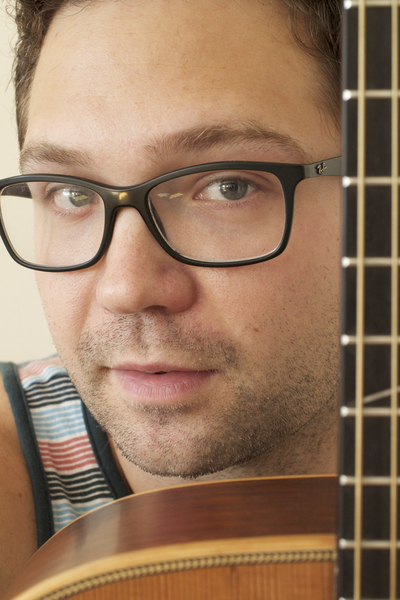 The curiously handsome singer/songwriter's career began in 2002, at the age of 17. Following the release of Alec's full-length album "Three Lights" (2004), he performed a number of solo shows at clubs and festivals throughout the Mid-West. Several limited-release EPs were to accompany his journeys throughout the following five years; such as A Taste of Something Better, The Taylor Sessions, Live Bedroom Recordings, Room 405, The Four EPs (Orange, Blue, Green & Red), and four live recordings of shows from 2005 to 2008 (The Bridge Cafe, Kofenya, Wright State University, and Therapy Cafe).

In 2006, the Alec Delphenich Trio was formed alongside lifelong partner in crime and percussionist Matt Seskevics. The two met as vocalists in Wright State University's Men's Chorale. Following a variety show where Matt performed a flashy snare solo and Alec played "Five-Nine" live for the first time, the two decided that they should start putting their efforts together. Over the next few years, they went through bassists (Jim Rohrer, David VanOverloop and Patrick Dunn) as fast as Spinal Tap went through drummers. They managed to keep it in the family with the addition of Alec's father and all-around super musician, Dennis Delphenich, on bass.

The Trio went on to perform throughout the Midwest and were two-time runners up in the Dayton Band playoffs. Three live recordings were released between 2007 and 2009 from performances at Canal Street Tavern, the Nite Owl, and the Live Green Festival. In 2009, they released the eight song EP From this Tidal Dream. The recordings were made over a two-day marathon session in the home of engineer Chris Suttle with In the Red Recording Studio. With this album, the Trio was able to capture the natural feel of their live performances. No subsequent albums were to follow their initial studio release; which remained in circulation until 2013.

The latter years of the Trio turned into a full-fledged band with the addition of virtuosic keyboardist Dusty Sturk. The occasional participation of guest guitarists Evan Davell and Brooks Daugherty, as well as percussionist Andy Miller, made the Alec Delphenich Band a musical experience far exceeding the initial expectations of the two lowly choir boys. The band dissolved prior to the move from Dayton to Nashville that Alec made in October of 2012.

Outside of his own music, Alec has been a part (and an almost-too-intense supporter) of his friends' music. In 2011, he played bass alongside Nicholas Petricca, Sean Waugaman and Ryan Pitts in Walk the Moon. 2013 sparked the beginning of the short-lived project, St. Bernard, co-founded with lifemate/ex-roommate Brooks Daugherty. With the addition of drummer, Steven Keith, the power trio rocked out several appearences in the greater East Nashville area. The project dissolved following the wrist injury Alec sustained while bombing a hill on a rip-stick at 3am while visiting long-time friend and troubadour of danger, Mike Buckley.

Before his departure from Nashville, Alec could be found bass-ing around with the likes of Adam McDonough, Tommy Scifres and Brooks Daugherty. He is also an alumnus (joining the many drummers the band couldn't keep) of Brother Sister Stone, once presiding as guitarist and ex-bassist. Alec is still writing, performing, producing, and singing in the shower out of his apartment. Current solo projects include a massive home recording project which is to yield an anthology of songs written and not previously recorded dating as far back as 2005. These recordings are to be released as a series of EPs. A full-length studio album of more recently written material is to follow.